Largely thanks to Mike Halliday, Phoenix Cricket Club has a strong sense of its legacy and history. History boards are displayed in the pavilion along with relevant team photographs. They have been posted on the club’s website so they can be read by anyone with an interest. They can also be downloaded if anyone should wish to do so. The history of the club which was founded in 1830 has never been printed in book form and these posters do not pretend to be a serious substitute, rather an accessible display and account of the main events and notes on some of the main cricketers and characters that played the game in Phoenix between 1830 and 1990 and made significant contributions to the development of the club and, in many cases, the game in Ireland.

Women in Phoenix Cricket Club – Many Firsts and Continuing Success 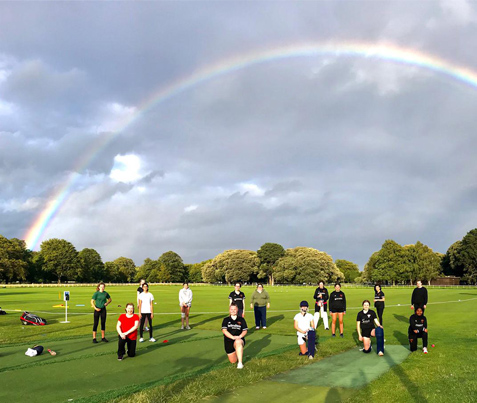 In 1974 or 1975 Jenny Halliday organised a friendly women’s cricket match of Phoenix v  Trinity College.  The first official women’s team took the field for Phoenix Cricket Club in 1975 and in the same year a women’s representative was co-opted onto the club’s executive committee for the first time since the club was founded in 1830.

“Phoenix Ladies” were serious contenders from the beginning. The team were runners-up in the first Tyler Cup women’s final in 1977 and won the Leinster Division 1 League in 1978.  After some exciting Annual General Meetings, women became full and equal members of Phoenix in 1981, after 150 years of being a men-only club.  At that time Phoenix was the only cricket club in Leinster to have women as full members.

During the 1980’s and 90’s Phoenix fielded 3 women’s teams and Mary Pat Moore was named as the first Captain of the newly-founded Irish National Team.  Two other Phoenix players, were also selected.

In 2021 there is again a woman President of Phoenix and the women’s teams are thriving with specific dedicated coaching for women and girls..  There are two senior women’s teams playing in Division 1 and Division 4, and several youth and schoolgirl teams.   Phoenix currently has two players selected for the Irish Team.  Newcomers and players of all abilities are welcome.

Give Cricket a try! 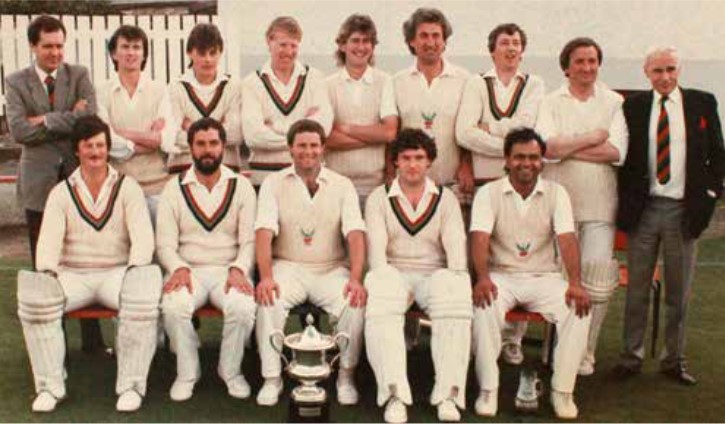 The focus this season was to celebrate the club’s 150th anniversary. The playing highlight was a game against Somerset CCC on the 7th June. This reciprocated a match the previous year in Taunton, when Phoenix were on tour. The fixture was “drawn” but a very large crowd enjoyed exhibition cricket from the visitors who included captain Brian Rose, Vic Marks (both who played test cricket for England), Peter Roebuck, Peter Denning, Denis Breakwell and Colin Dredge in their side (see article from the Irish Times displayed nearby). The team finished second to Malahide by one point in the Leinster Senior League. The first cup game for 6 years was lost to Pembroke in the quarter final having beaten Carlisle in the first round. Some would say that the most significant happening of this season was that Alf Masood made his senior debut for Phoenix. 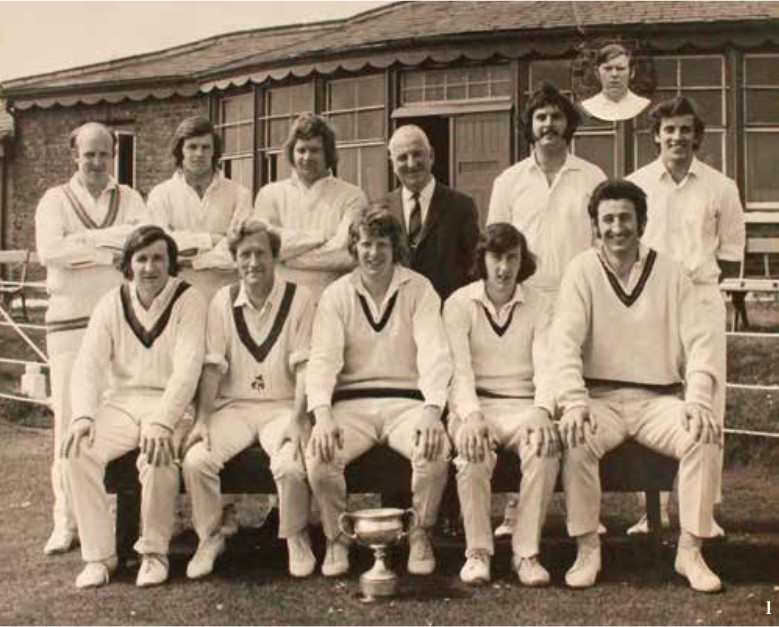 The side had been coming together for most of the Sixties, built around David Pigot (who first played in 1946) and joined by David Ensor (1964), Hart Cox (1969), Brian Freer, Michael Halliday and Gerry Murphy (1967), Stan Mitchell (1972), Stan Oakes (1973) and the 12th man Gordon Black (1971 ). A seven wicket win started a domination which would run right through the rest of the 70’s. The key partnership that Sunday afternoon was between Stan Mitchell and Man of the Match, wicket keeper Gerry Murphy. The previous day he had brilliantly stumped Alan Parker down the leg side, standing up to Brian Freer. Play on the Saturday only commenced at 4pm due to a waterlogged square. The squad, enjoying a very pleasant gin and tonic lunchtime session, were surprised to be summoned to Rathmines, thinking there would be no play that day. 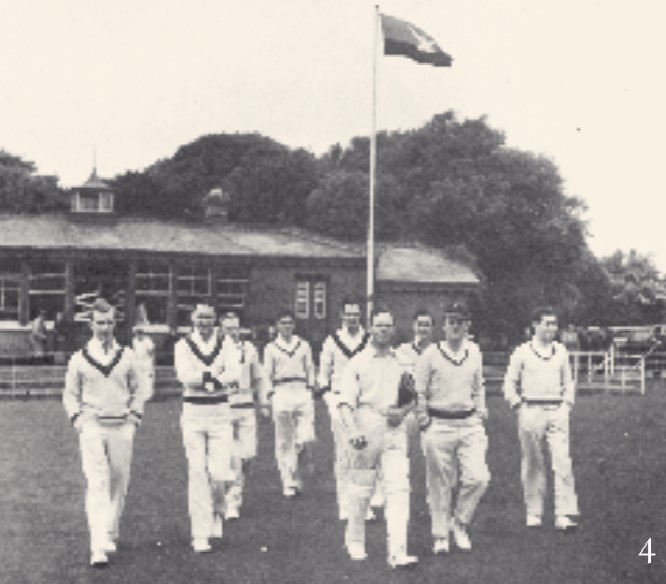 In the period from 1935(when the Leinster Senior Cup began) to 1958, Phoenix played in 12 cup finals, winning 8, including hat tricks in 1937/8/9 and 1947/8/9. Jimmy Boucher and Paddy Quinn played in all 12. The four Quinn brothers, Frank, Gerry, Paddy and Kevin came to Phoenix from a hurling background in Gort, Co.Galway via Belvedere College and all four were capped and had long careers in the dominant Phoenix side of the 30s and 40s. Their cartoons can be seen displayed in the pavilion. Marcus Ruddle and Brendan and Neil Fox added to the quality of these XIs. 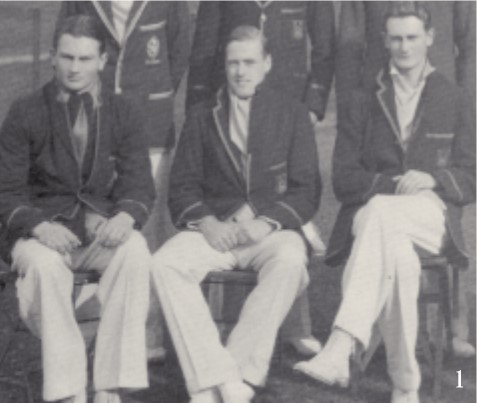 Tom Dixon was an Aussie who entered Trinity in 1925, spent 7 years getting an engineering degree and played for Phoenix after DUCC’s fixtures finished. A quick swing bowler he captained Ireland in 1932, winning all four matches. He took 7 wickets in the win over the West Indies in 1928 and played with George McVeagh in a powerful DUCC XI in 1927. McVeagh probably encouraged him to play for Phoenix. Dixon and his fellow cricketing brother Pat left for India in 1932 and captained Delhi in the first year of the first class Ranji trophy. They both became missionaries and died in Kenya in the 1980s.

Phoenix Between The Wars 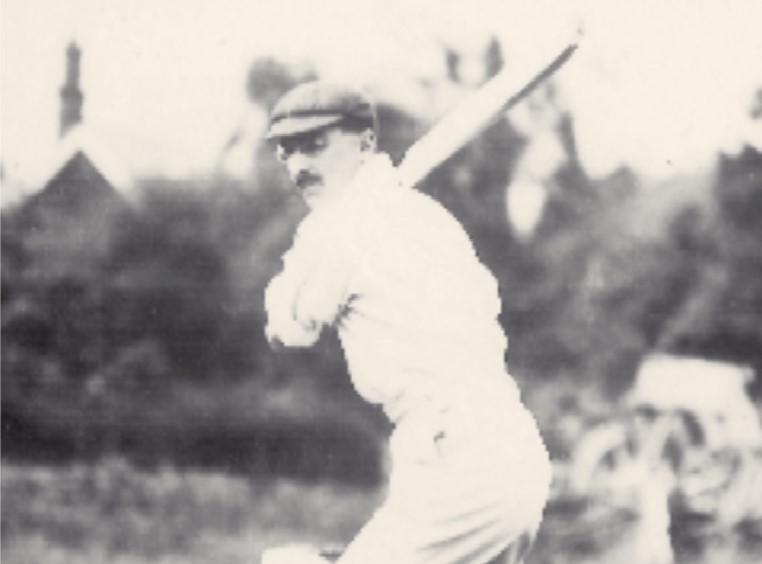 Pat Hone came from a distinguished cricketing family that included his father, uncles and a number of his father’s cousins. Hone’s father, William, and uncle, Leland, who played a test match for the MCC, were also Phoenix members. Hone toured the USA with Frank Browning’s Irish team in 1909 and scored 7 centuries for Phoenix in 1913, a season when he scored a total of 2,400 runs. He wrote about this achievement at the time: ‘This may or may not be a record, who cares?’ It wasn’t. He was awarded the Military Cross in 1918 for ‘Conspicuous gallantry and devotion to duty’ at Kruisstraat, near Ypres. He captained Phoenix in 1930 and played friendlies into the 1950s. He was club secretary from 1937 to 1946 and was elected first President. His book Cricket in Ireland was published in 1955.

Into The 20th Century 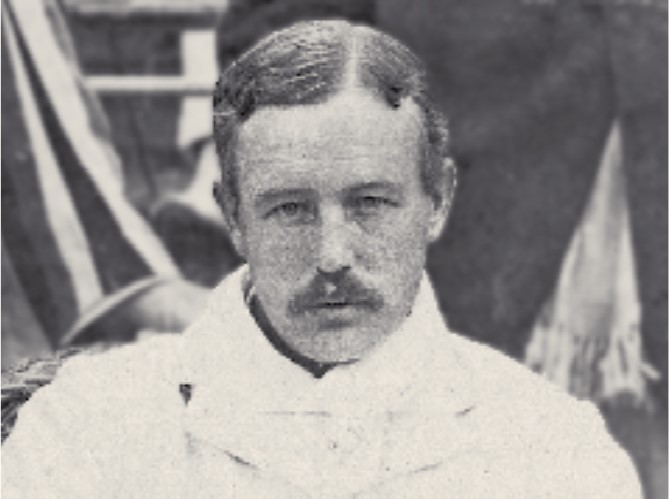 Arthur Samuels appears on the right of the Birkenhead Park photo wearing a top hat. Samuels, who often played as ‘S. Arthur’, was probably the best known Phoenix cricketer between the 1850s and 1880s and was a resolute defender of underarm ‘lob’ bowling. He decried the round- arm bowling championed by his pro Lawrence as ‘an impurity’. In an ‘Under v Round’ match that Samuels organised at Phoenix, his underarm team beat the best of the club’s round-arm bowlers by 109 runs. 1858 marked the first occasion when an English team travelled to play Phoenix; ‘the great Marylebone came over in all its strength’, as Samuels put it. Although Phoenix were defeated on this occasion, they won the return engagement in 1862; Samuels played in both matches. He took 53 wickets for Ireland between 1855 and 1869, and was a member of eleven cricket clubs, including DUCC, Kingstown, Gentlemen of Dublin and the United Ireland XI.

The ‘Golden Age’ of Cricket 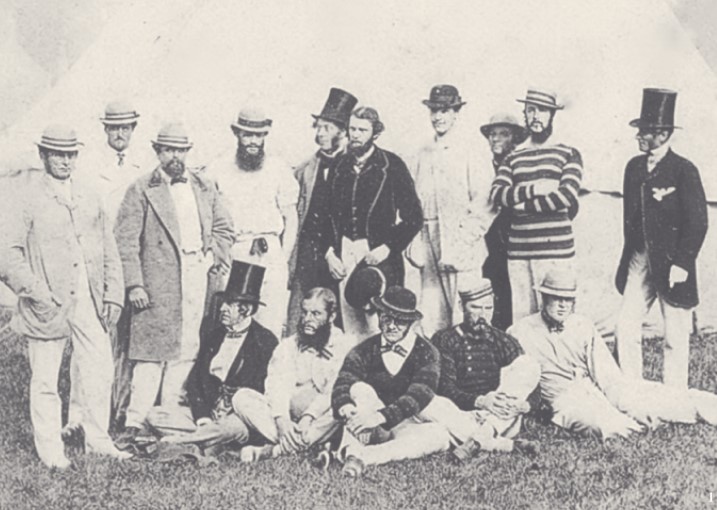 In the centre of the photograph of the Irish XI that played against Birkenhead Park in Phoenix in 1858 stands Charles Lawrence, with black coat and beard. Lawrence was a cricket entrepreneur who had played for Surrey and Middlesex, and was responsible for setting up an All Ireland XI in 1855. From 1851 he was employed as the club pro by Phoenix, where he organised visits to the Park by major English clubs. He was a round-arm fast bowler who often reverted to underarm lobs later in an innings. As a young boy his models and heroes in London were the legendary Alfred Mynn and Fuller Pilch. His first job as a cricket pro was in Scotland at the Perth club. In 1849 he took all ten wickets, including Mynn’s, for Scotland against the wandering professional All England XI. This team was organised by William Clarke, the founder of Nottinghamshire’s home, Trent Bridge, and who was a driving force for professional cricket. It was Clarke who recommended Lawrence for the job in Phoenix. 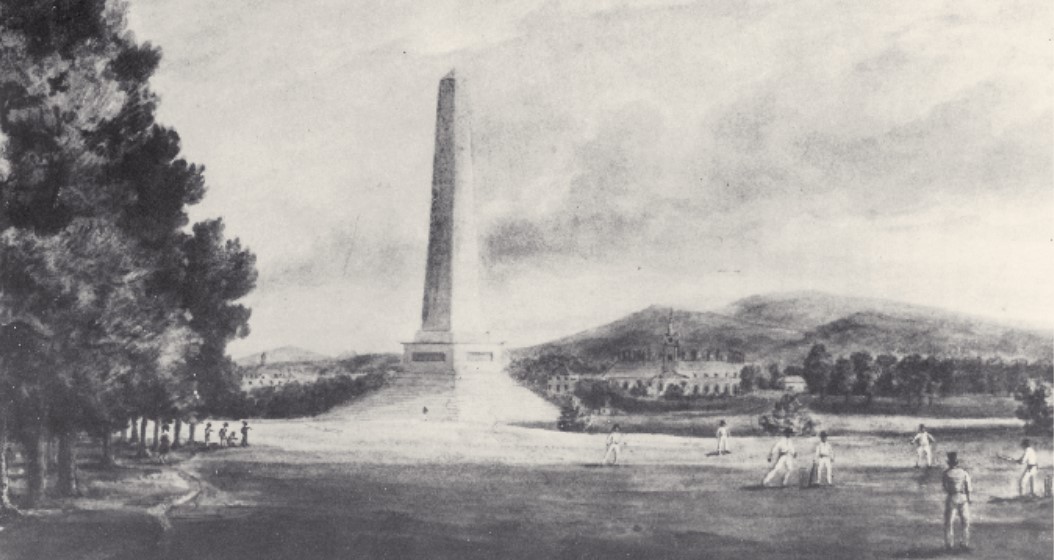 Phoenix, the first cricket club in Ireland, was founded in 1830. Although reference was made to cricket in Trinity in the 1820s, the Dublin University Cricket Club (DUCC) was not founded until 1835. The members met and practised in the park until 1834 and the Marylebone Cricket Club (MCC) has a painting of cricket being played near the Wellington Monument circa 1830. In 1835 the club moved to fields behind Baggot Street, south of the Grand Canal, relocating in 1838 to another site in the park near the Wellington Monument. The men responsible for all this organisation and movement were VE Alcock and the Lords Dunlo and Clonbrock, both members of the MCC. The year after Chesterfield Avenue was widened in 1846 the club moved to the present site; the move was financed by the Board of Works at a cost of ,75. In the 1850s Phoenix, now described as ‘The Premier Club’ in newspapers, began entertaining prestigious visitors such as the MCC and I Zingari. A professional cricketer, Charles Lawrence, was employed and for ten years he was the driving force behind the continued development of the club, the standard of the cricket played, the encouragement of clubs throughout the country and the creation of an international side. The pavilion was built in 1851 and the simple changing facilities and caretaker’s quarters were to remain until redevelopment in the 1970s. The curved front facade was open, as can be seen in the team photograph of 1882, and was enclosed by windows and front door about 1884. Today the brickwork of the original pavilion can be compared to that of the curved front.